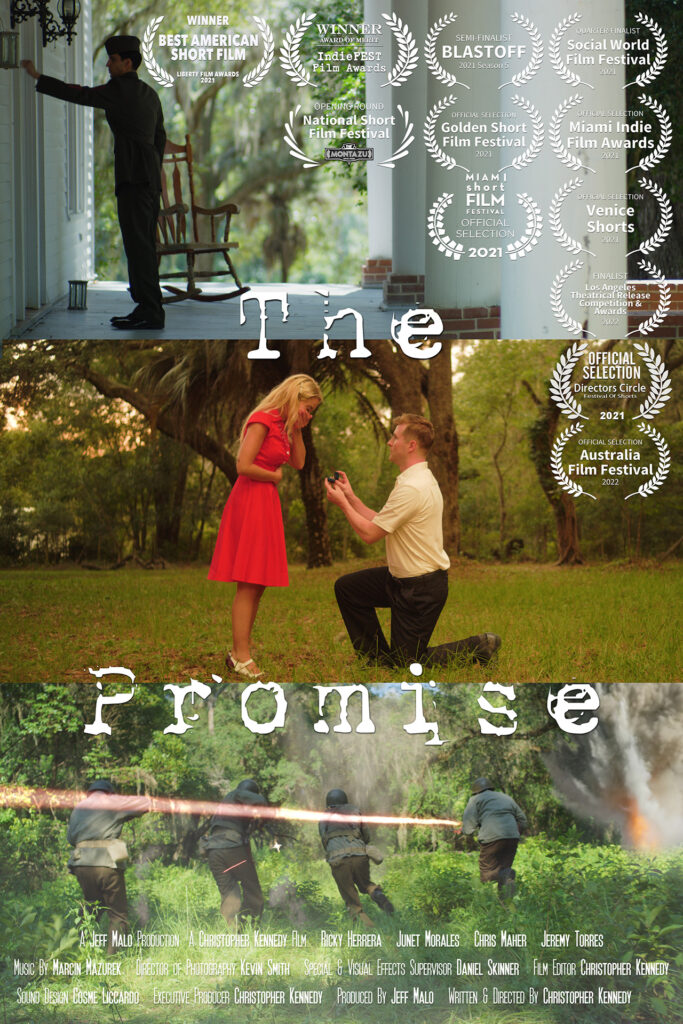 “The Promise” Synopsis:
In 1954 a stranger knocks on the door to a house. As he waits for someone to answer, he looks at a picture in his pocket; and remembers that 13 years earlier his friend Bill was at that doorstep where he eventually proposed to his girlfriend Mary. But that was their last night together, the next day he went off to Europe to fight the Nazis. During that time, he makes a great friendship with George. During a battle, but after a battle one of them survives and returns home to fulfill a promise. Three promises were made and which one will be fulfilled?